Texans Are Warming Up to Cryptocurrency Ownership

An OnMessage survey of 2,000 likely Texas voters in March 2022 reveals that interest in cryptocurrency is growing. The results, however, don’t show Texans to be more interested in crypto than anyone else in the U.S.

How Many Texans Have Ever Own Cryptocurrencies?

With a 2.2 percent margin of error, it would be difficult to correlate a link between party affiliation and interest in cryptocurrencies even though it may appear to have a Republican tilt. That tilt may be an illusion.

Which Demographic Groups Have Ever Owned Cryptocurrency?

Younger people and racial minorities are more likely to have owned cryptocurrencies, but crypto is still largely a male-dominated interest.

This is consistent with findings nationally where 43 percent of men aged 18 to 29 have bought cryptocurrencies.

Forty-one percent of African Americans, 38 percent of Hispanics, and 24 percent of white voters have owned cryptocurrencies.

These figures don’t indicate that Texas is any different than the broader U.S. in terms of who is and who isn’t familiar with cryptocurrencies. 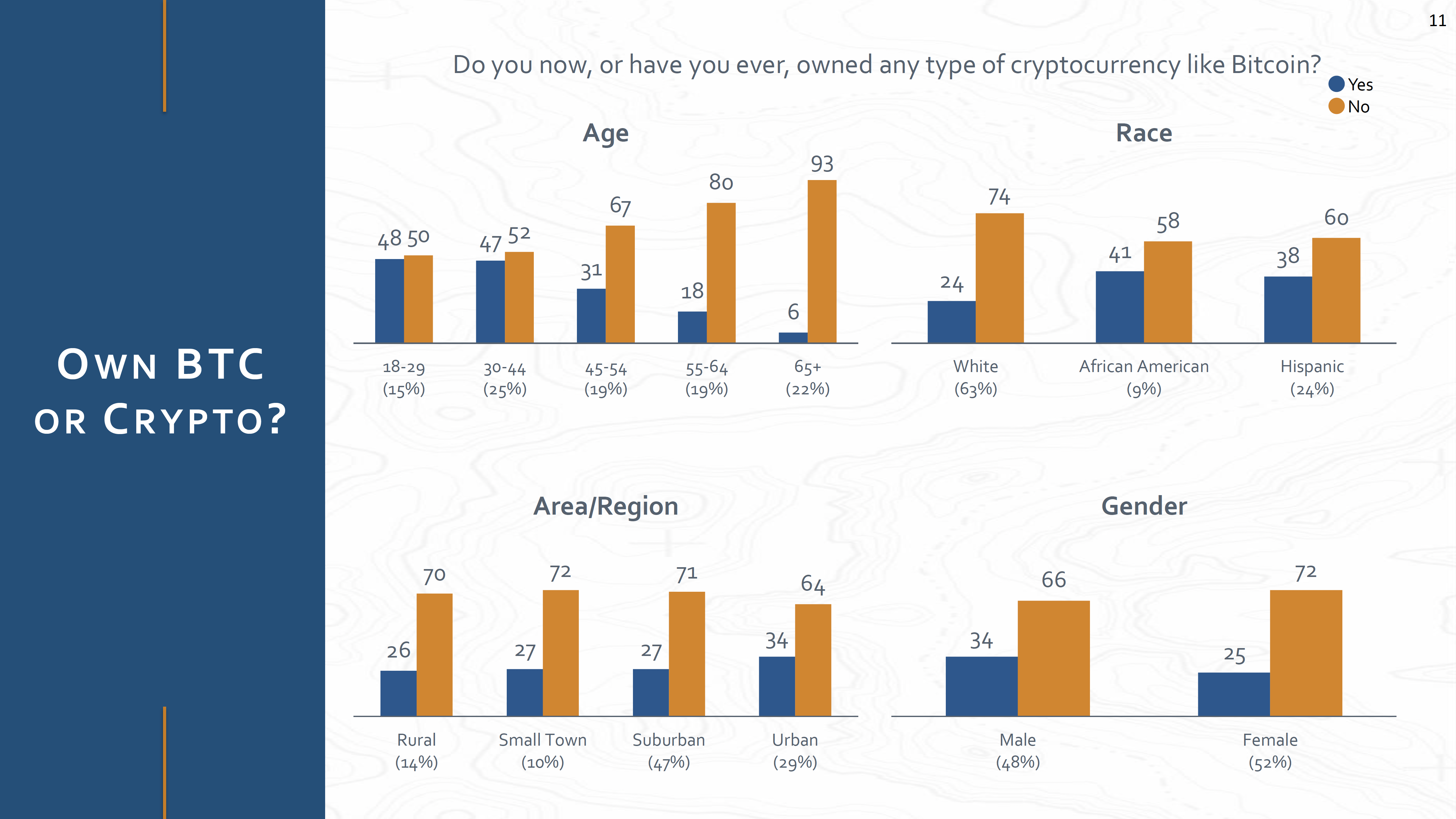 86 Percent of Texans Plan to Buy Cryptocurrency in 2022

There could be any number of reasons for this. It could be because many prominent Republicans are against new regulations targeting cryptocurrencies, which might make them appear more pro-crypto than their Democratic counterparts. It could be due to Governor Greg Abbott’s goal to make Texas a leader in bitcoin and blockchain technology. Or it could be that crypto mining in Texas has put bitcoin in the spotlight and pro-business Republicans have noticed. It’s likely a combination of factors.

What the survey reveals is that, historically, cryptocurrency ownership has not been strong among Texans, but that could be changing as nearly 90 percent of Texans, representing all political persuasions, are likely to purchase them in 2022.