Adopting Blockchain: What is it and how does it work? 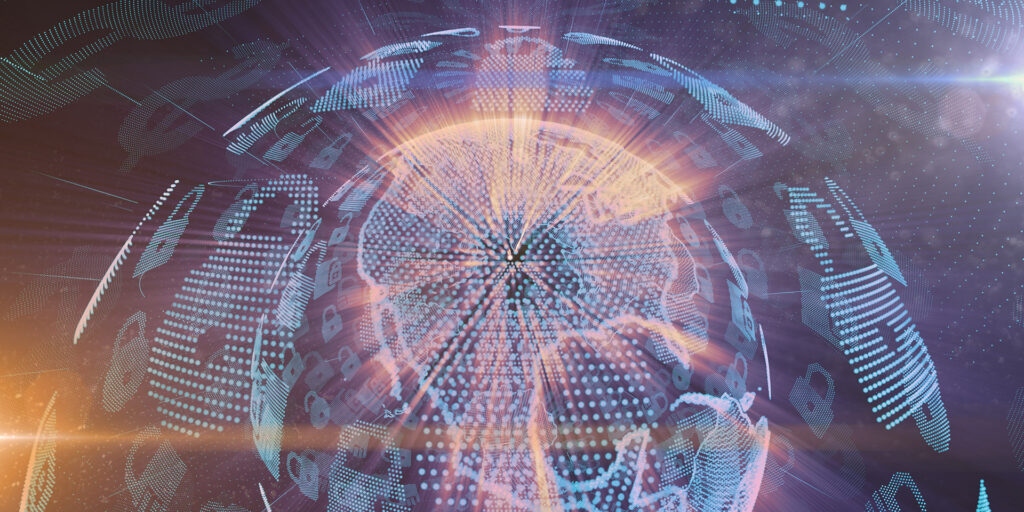 Popularized through the use and management of cryptocurrency, the blockchain is a database technology that uses a peer-to-peer network to create a digital ledger that records and tracks transactions and assets. This distributed ledger is built to be highly secure and extremely difficult to hack (requires consensus of 51% or more of all the nodes in operation), making it an increasingly attractive network for financial privacy, smart contracts, supply chain monitoring and, potentially, voting.

The nature of blockchain is decentralization, allowing users to access the digital ledger, and providing each user with a copy of the same ledger on the node (individual computer). Using this peer-to-peer access platform, any changes made to one block must be approved and backed up by the others – or the data will not be uploaded. Though it is considered to use high amounts of energy, this method not only allows for more transparency within the entire blockchain itself (as each change is immutably timestamped) but also a more secure process – no one can alter one block without altering the entire chain.

A blockchain is exactly how it sounds – a chain of blocks. In this case, the blocks are blocks of data chained together through something called a hash value. A hash value, which acts as a digital fingerprint, is associated with each block within the chain. The blocks are numbered sequentially. The number chain starts with the original, or genesis block, block 0.

Hash values form the basis of the blocks and act as pointers within the chain. If you have five blocks within a chain, block five will point to block four, block four to block three, block three to block two and so on. Using the hash value -digital fingerprint of each block-, the chain communicates within itself. Using these encrypted hash functions, a checksum determines if the blocks are identical – if they are, then the data can be processed and validated. If it is not, the chain will not upload or accept the block of data, preventing the action inputted. Transactions within a blockchain are secured using this cryptography.

In cryptocurrency, the blocks would communicate along the chain and check for fraud or overspending. Bitcoin, in particular, uses a “proof-of-work” concept in Blockchain, meaning that the chain with the most proven data (proof-of-work) is used as the valid operating chain for the network. Users can not add new data without the majority of the computers, nodes, accepting this data as legitimate.

These alternative consensus algorithms help alleviate the high-energy consumption typically associated with blockchain and represent just a few examples of the rapidly growing innovation in blockchain.

Although one of the main benefits to blockchain is its decentralized system, there is a difference between a public and a private blockchain. In a public blockchain, anyone can participate in reading, writing, or auditing the data on the blockchain. There is full transparency in the system and no single user controls all the nodes, but can send transactions to it. Think: Bitcoin.

As a secure method of transmitting and communicating data, blockchain is currently in use within and beyond the cryptocurrency, banking, asset transfer, smart contract, gaming, and supply-chain monitoring industries.

The use of Blockchain in banking allows quicker transfers between currencies and transaction verification especially outside of business hours. With greater implementation, this has the ability to streamline the internal processes of banks, bypassing a manual processing system and increasing efficiency.

Asset transfer using blockchain ensures a secure pathway for the data from the start to finish. It allows the data to be verified and passed along without opening that data; providing verification with privacy. This can be and is used in the transfer of Non-Fungible Tokens (NFTs).

A notable and upcoming use of the blockchain system is in implementing “smart contracts” or contracts for an asset that typically hinge on conditions met prior to asset release. This can be used in anything ranging from the ownership of music and its subsequent royalties to the transfer ownership of a house. With every movement transparent to the users, this system automates transactions and helps prevent fraud.

Blockchain use in supply-chain monitoring can most significantly streamline product tracking from production to delivery to purchase. While currently adopted by a number of companies, if adoption becomes widespread, blockchain in supply-monitoring has the potential to efficiently mitigate incidents involving product contamination, such as a food-borne disease, and streamline quality control. Where in the past, all produce from one major conglomerate supplier had to be thrown out for salmonella, the blockchain can pinpoint a batch to a specific farm and isolate the waste to the problem batch and as a result save money and reduce waste.

Due to the transparent and secure nature of blockchain, it also has the potential to validate and efficiently count voting in an election. This can help prevent potential fraud and eliminate paper counting.

Pros and Cons of Blockchain Recapped

The Blockchain technology, itself – notwithstanding cryptocurrencies, can not be invested in as it is open-source, but it is possible to invest in companies who implement the use of the blockchain. In a 2018 published report by the World Trade Organization, the business value of blockchain is estimated to increase from 2% in 2021 to 120% by 2030.

The Blockchain technology presents a relatively new, efficient, and secure data ledger which has the potential to revolutionize the efficiency, transparency, and validity of global industries.