8 Reasons for Bitcoin Ownership in Texas

There is plenty of evidence that Texans’ attitude is changing toward cryptocurrencies in general and toward bitcoin particularly. A recent survey shows wide disparities in the reasons investors or would-be investors give for owning bitcoin. Overall, there are eight reasons Texans believe they should own bitcoin. 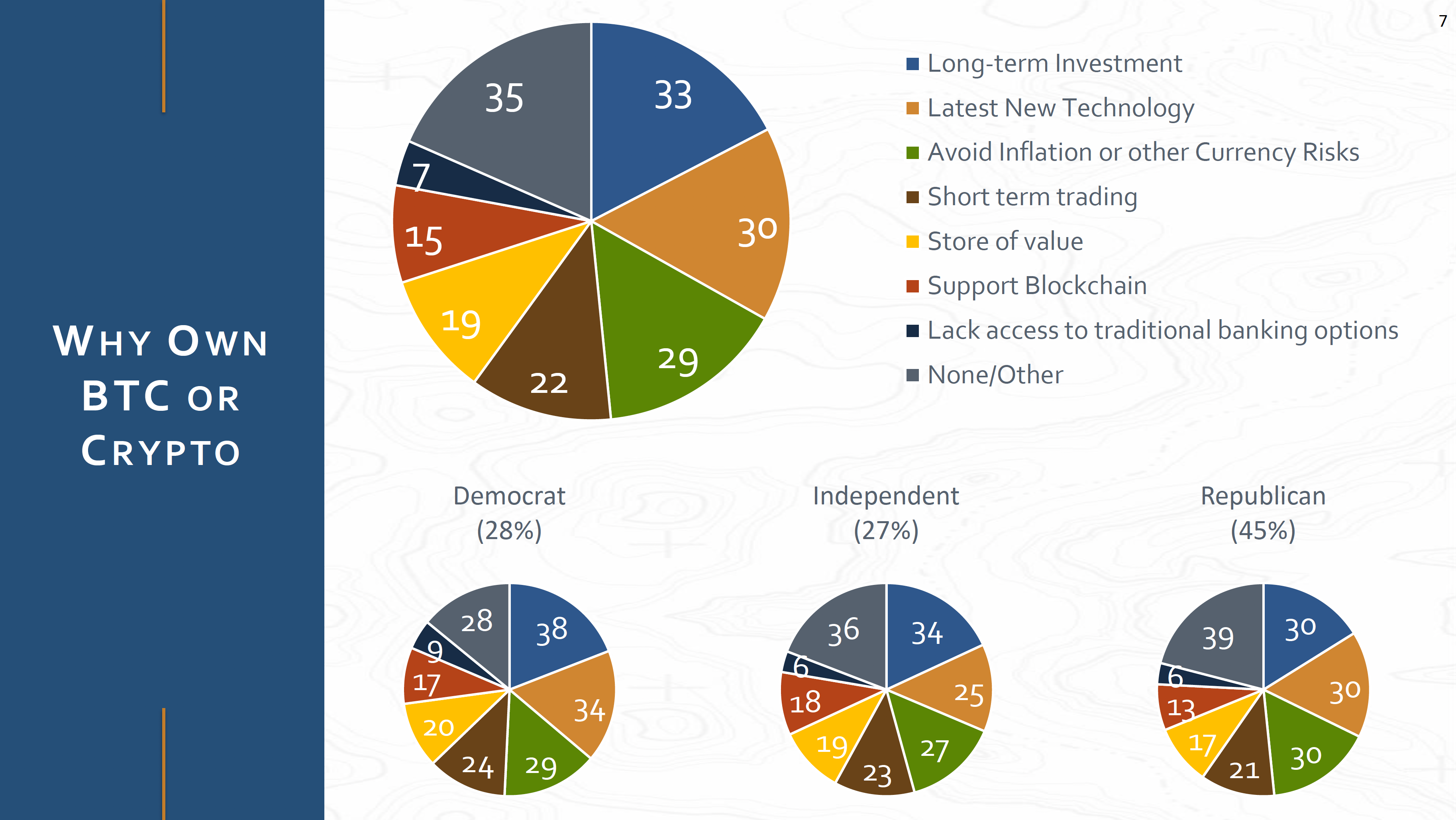 The No. 1 Reason to Own Bitcoin

When asked why they should own bitcoin, Texans responded in one of eight ways:

Among these eight reasons, the category with the most responses was “None/Other.” That’s interesting because the second most popular answer was long-term investment.

That catch-all category doesn’t break down any further, so it’s virtually impossible to know how many people don’t think bitcoin ownership is important at all.

Thirty-three percent of survey respondents said long-term investing is a good reason to own bitcoin. Another 30 percent said they’d own bitcoin because it’s the latest new technology. Twenty-nine percent said bitcoin ownership is a good way to avoid inflation or other currency risks, such as devaluation. Twenty-two percent cited short-term trading, 19 percent referred to bitcoin as a good store of value, 15 percent said to support blockchain innovation, and 7 percent mentioned a lack of traditional banking options.

When it comes to political party affiliation, there is one slight variation among the results.

By contrast, 38 percent of Democrats said long-term investing and only 28 percent cited None/Other in response to the survey question.

Twenty-seven percent of Independents believe inflation and other currency risks is a good reason to own bitcoin while 25 percent said it was the latest new technology.

At the end of the day, no reason stands out as the most important reason to own bitcoin among any members of any political party. Yet, bitcoin ownership interest is growing among Texans.